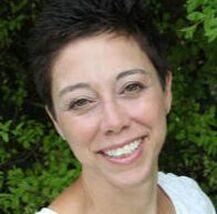 Amy Potterton is a graduate of California State University, Stanislaus, where she graduated with a BA in Music Education, with a vocal emphasis. For six years, Amy directed award winning Junior High and High School choirs in the California public schools. She was also the assistant director of the Modesto Performing Art’s Children’s Choir in California.

Amy founded and directed the award winning Baldwin City Children’s Choir in Baldwin City, Kansas which enjoyed critical acclaim by earning a gold medal in their first children’s choir competition in St. Louis in the spring of 2010.  In spring 2012 in a national competition in New York the choir again received gold ratings from internationally acclaimed conductors in the choral field.

Amy is the conductor of the Johnson City Choristers, a place for children to come and to develop a love and passion for singing. Amy believes that music is vital to the development of young minds, their imagination, and freedom to express their spirit and feelings.

​As a soprano, some of Amy's favorite roles have included the Mother in Amahl and the Night Visitors by Menotti, Suor Genoveva in Suor Angelica by Puccini, and Zerlina in Don Giovanni by Mozart. Her concert roles include the mezzo solos for Handel’s Messiah and the soprano solos for Mozart’s Regina Coeli.  ​